If you are trying to answer questions like what “gRPC” is and why does it fundamentally exist, and how request/response format matters to Web service performance? you should continue to read this blog. In addition to what has been said, we will also walk through a brief history of the distributed computation and will come to the definition of the remote procedure call and finally we will switch why “gRPC” exists.

Let me be a little lazy and refer you to the wiki’s definition of what a gRPC is?

gRPC (gRPC Remote Procedure Calls[1]) is an open source remote procedure call (RPC) system initially developed at Google in 2015[2]. It uses HTTP/2 for transport, Protocol Buffers as the interface description language, and provides features such as authentication, bidirectional streaming and flow control, blocking or non-blocking bindings, and cancellation and timeouts.

Before we describe gRPC in detail, let us understand what a Remote Procedure Call is and a little bit of history of distributed programming before in indulge in understanding what remote procedure call was and what Google has done with gRPC.

A Flashback of Remote Procedure Call

It was a protocol for distributed programming and computer networks developed by Bruce J. Nelson. It coined the idea of invoking methods or programs residing on a remote machine. Although the theoretical terms related to distributed programming have been there from the 1960s one of the practical implementations of RPC came in light in the 1980s with a paper named Implementing Remote Procedure Call. When a procedure call is invoked in a normal world (Same machine scenario), the transfer of control and the associated data transferred to the calling method and a return is expected with some computation. In RPC, the same process is extended to the network. With the popularity of object-oriented programming in the 1990s, there were multiple implementations of the same. Having said that, let us quickly recap how some of the famous implementations of the RPC worked. You eagerly waiting to know more about the gRPC, you can simply jump to Protobuf section.

DCE/RPC has the familiar client/server architecture in which a client invokes a procedure that executes on the server. Arguments can be passed from the client to the server and return values can be passed from the server to the client. The framework is platform- and language-neutral in principle, although strongly tilted toward C in practice. DCE/RPC includes utilities for generating client and server artifacts (stubs and skeletons, respectively). DCE/RPC also provides software libraries that hide the transport details.

It uses interface definition language as an agreement for request-response patterns between client and server. for e.g.

As you can notice in the above example, the interface is defined in a “C” like syntax in which the remote procedure “echo” returns nothing but accept three parameters. First, two of the parameters are the input to the procedure while the “out” is the output returned by the server. The payload type of the DCE/RPC protocol is binary and it can run on the top of TCP, UDP, SMB protocols. The protocol used for many remote procedure call-based applications, including many applications from Microsoft. MS-RPCE being one of the RPCs based on the same.

In the late 1990s, a person named Dave Winer innovated a lightweight language neutral XML based RPC which requires Marshalling and UnMarshalling at the client and server-side in order to convert the object from and to XML as a native object. This protocol supports request/response patterns for distributed programming. As a wire protocol, it uses HTTP. Therefore any system which uses XML-RPC requires an HTTP library to generate, parse, transform the request and respond. For example, look at the below xml which works as a service contract for sqr method which accepts a 4 byte Int. The value of the argument is passed as text.

Java released it’s implementation of RPC named Java RMI (Remote Method Invocation). It allowed distributed programming in Java. The simplest diagram for this I could find on the Internet is on JavaPoint. Here we want to call a method on Remote Object residing on Machine 2 from a client residing on Machine 1.

There are two objects here which brokering the request between client and remote object called stub and skeleton.

Here is what stub does:

In the Java 2 SDK, an stub protocol was introduced that eliminates the need for skeletons.

Now let us revisit the definition of gRPC in first part of the blog. Because we are now familiar with terms like IDL and Wire format of a RPC protocol, you will be able to relate.

Protocol buffers are the Interface Definition Language of gRPC.

Protobuf supports flexible type system to support type system available in most of the languages. We will go through Protobuf in detail as part of the next blog and will see how we generate and use access classes using the Protobuf. For now, let us see some the benefits using them.

Having adopted the Protobuf as wire format  for gRPC framework, it adds a lot to performance of the application as well as encourages a Ubiquitous language for Microservices to communicate to each other.

The gRPC framework communicates over HTTP2 connection. The Http2 protocol has improved over its previous version. Here are a few things to count as benefits in layman’s term which I found on this Quora thread.

Constant Connection : HTTP/2 delivers constant connection between client (web/mobile browser) and server that decreases page load time plus it reduce the amount of data being transferred.

Binary Language : It transfer of data in binary language rather then textual format, so computer don’t need to waste time to translate text data into binary format.

If you would like to go over little bit of history of how HTTP2 came into picture, you can visit Google developers page.

How gRPC is different?

Having gone through the basics of what a RPC framework is and what gRPC is made of, as part of the next blog in this series, we will create a very basic web service using gRPC framework.  Hope you enjoyed reading. Stay tuned!!

Java Web Services: Up and Running: A Quick, Practical, and Thorough Introduction.

Ever heard of “application outage”? As part of agile practice we release our work frequently and often when a newer version of an application released to production, we get application outages due to issues like unexpected traffic, introduced a bug into the newer version or other unknown PITA issues. This cause some (actually a lot!) of chaos in terms of time efforts to recover from failures and having a hassle-free release.  In this blog, we will talk about “blue-green” deployment which overcomes such problems in a great way and minimizes the downtime of the applications.

What is Blue Green deployment?

The honest way of Handling an errors is to making it to the end user and telling the exact thing that has been happened over failures. Sometimes we can’t afford longer debugging sessions in case of mission critical things. The following phrases won’t help much in debugging when seen by users:

In this blog, we will talk about some monadic constructs in Scala and other scala based library which saves a lot of debugging sessions when it comes to failure. In this blog,  how we would choose between them according to our need.

Let us take the example of…

In this blog, we will talk about AMPS, a pub-sub engine which delivers messages in real time with a subject of interest. AMPS is mainly used by Financial Institutions as enterprise message bus. We will also demonstrate how we can use AMPS with to publish and subscribe messages with an example. So, let’s start with introducing AMPS.

Advanced Message Processing System (AMPS) is a publish and subscribe engine developed by 60East technologies. It  is highly scalable and allow publishing and subscribing messages in real time. It is equipped with in built support of multiple messaging protocols such as FIX, NVFIX, JSON, XML which are mainly used in financial services such as trade processing. It empowers applications to deliver messages in real time with flexible topic and content based routing options.

How does it work?

The above diagram describes how messaging looks like in AMPS. AMPS provides…

According definition, foldLeft can do everything which required iteration of all elements of list. Really ?

Again this is not the advance topic of JavaScript but it relies under Object Oriented JavaScript & polymorphism is one of the tenets of Object Oriented Programming (OOP), we all know what is Polymorphism from other languages (like C#, Java etc) but we always think when to use it, why to use it and how to this, and most of us are still in confusion that should we really use it? blah !!!.

JavaScript is dynamically typed language [a big issue to discuss], but for understanding purpose:

Statically typed programming languages do type checking (the process of verifying and enforcing the constraints of types) at compile-time as opposed to run-time. (Java, C etc)

Hello!!  Knoldus had organized half an hour session on Structured Streaming briefing about the API changes, how it is different from the early Stream Computation paradigm (DStreams) and example API demonstration. Hope you will enjoy. Below are the slides and Video from the session.

Knoldus was humbled to receive the prestigious partner of the year award from Huawei at a recently held ceremony in Bangalore, India.

It means a lot for us and is a validation of the quality and focus that we put on the Scala and Spark Ecosystem. Huawei recognized Knoldus for the expertise in Scala and Spark along with the excellent software development process practices under the Knolway™ umbrella. Knolway™ is the Knoldus Way of developing software which we have curated and refined over the past 6 years of developing Reactive and Big Data products.

Our heartiest thanks to Mr. V.Gupta, Mr. Vadiraj and Mr. Raghunandan for this honor.

Huawei is a leading global information and communications technology (ICT) solutions provider. Driven by responsible operations, ongoing innovation, and open collaboration, we have established a competitive ICT portfolio of end-to-end solutions in telecom and enterprise networks, devices, and cloud computing…

Knoldus has always pioneered the deep diving into the best ways to use cutting edge technologies. In the past few days, one of our team carried this deed by integrating Cucumber with Akka-Http, Cassandra and of course, Scala. In this blog, we reach out to you to explain and show how this can be done.

Cucumber is for Behavior Driven Design (BDD). The approach of Cucumber is to write the behavior of the application and then run them for acceptance testing.

Akka-Http is a general toolkit provided by Akka to implement HTTP services. It supports both client and server side services.

Cassandra is a database that provides high scalability and availability with best performance. 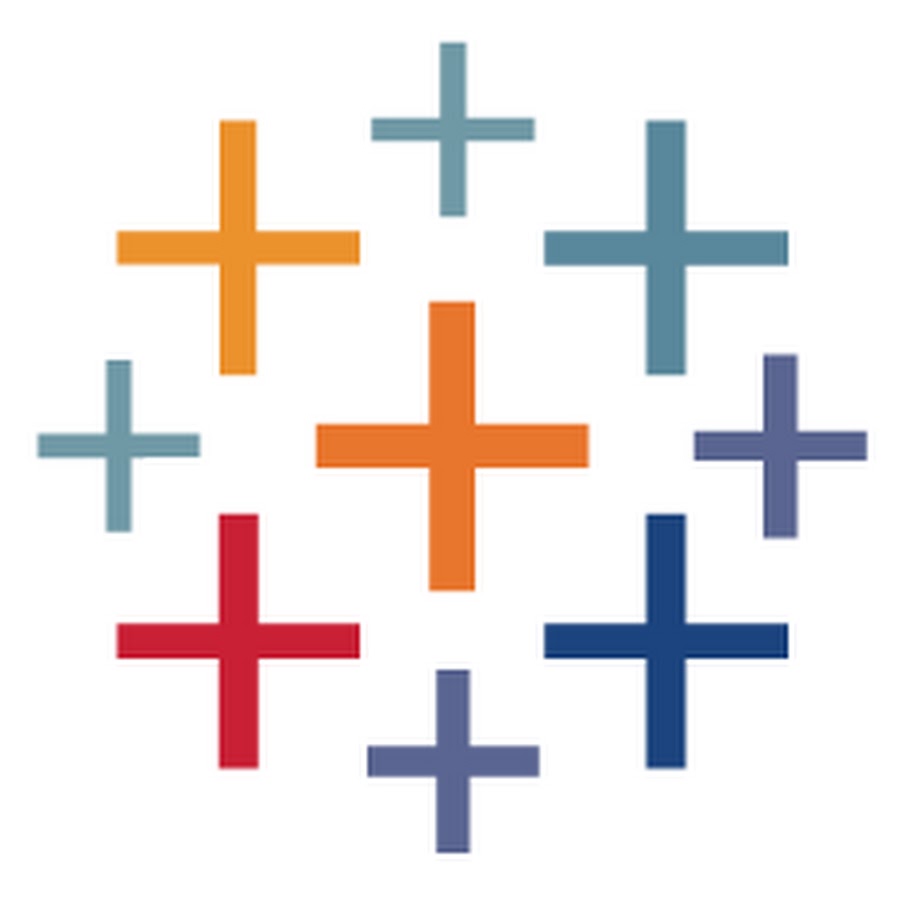 Spark, Bigdata, NoSQL, Hadoop are some of the most using and top in charts technologies that we frequently use in Knoldus, when these terms used than one thing comes into picture is ‘Huge Data, millions/billions of records’ Knoldus developers use these terms frequently, managing (and managing means here- storing data, rectifying data, normalizing it, cleaning it and much more) such amount of data is really not at all an easy task.

But user do no understand what they are talking about they just need to know the real essence of whole matter/data/story/facts. From here the term ‘visualization’ comes into picture, so Data Visualization/Intelligence is as important & vast as handling it.

Data visualization brings Business Intelligence Tools for accomplishing visualization goals and the market of BI tools is really huge, there are number of tools with different features, pricing, capabilities etc., if we start comparing them than there is no…